Since 1996 The Coeur d'Alene Dressing Company has offered gourmet dressings and sauces to the Pacific Northwest and beyond. 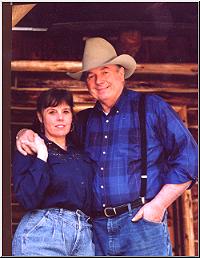 Don and Peggy Alderman named their company for the northern Idaho town they live near, on the shores of beautiful Lake Coeur d'Alene. Cda, Courdalene, Ceourdalene, no matter how you mis-spell Coeur d'Alene, it's still known for one of the most beautiful lakes in the United States. Barbara Walters once described this lovely setting near Spokane, Washington, as "a little slice of heaven."

After 20 years of enjoying the homemade salad dressings Peggy had been whipping up in the blender, the Aldermans' daughters suggested she do something commercial with them. Peggy and Don carefully developed the sauces themselves to bring out the best flavors, and they produce them in a commercial kitchen in nearby Sandpoint, Idaho.

You can try samples of any of our exceptional products at various Arts and Crafts shows throughout the northwest and then try "dressing your foods in good taste" like so many of our other satisfied customers. Check our "Coming Events" page for more information about these shows. Feel free to call us at 800-687-1462 or email orderdesk@cdadressing.com to find out other shows we might be attending.